Welcome to Christobel Kent, author of The Loving Husband.

I have chosen these because they are the books that made me want to be a writer, and to understand how very important fiction can be, in the right hands.  I don’t write books exactly or in most cases at all like these (I wish) but they have certainly influenced me and are the books I love. Updike’s fluency and articulacy and precision and quiet determined boldness, his intense professionalism and work ethic as a writer are all breathtaking.  But Rabbit, Run is a masterpiece, as are the other three books in the tetralogy: Rabbit Redux, Rabbit is Rich and Rabbit at Rest.  He’s known for writing about sex (and he’s extraordinarily good and stirring and touching when he does) but it’s all the rest too.  The fine detail of being alive and the great achievement of making the reader really feel what it’s like to be Rabbit Angstrom. 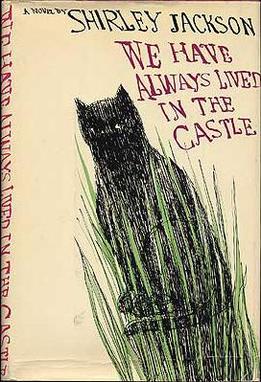 She is best known for her short stories (The Lottery is remarkable) but these two absolutely terrifying novels are brilliant.  She sets up psychological undercurrents and reverberations between characters that make the reader absolutely believe in evil and at the same time spins a brilliant vivid story.  She also wrote very entertainingly about children (Life Among the Savages) and is in no doubt about the dark funny perverse psychodrama of being a child. 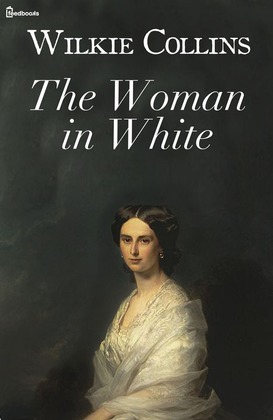 I could have also chosen The Moonstone (terrific convoluted plot) or Armadale (the best vicious anti-heroine) by this laudanum-fuelled Victorian Gothic genius but The Woman in White has all his trademark storytelling brilliance and a spellbinding atmosphere, with the ghostly enigma of the woman herself at its centre.

Again I could have gone for The Big Sleep or The Long Goodbye, but Farewell My Lovely has absolutely everything – wisecracking, the deadpan sleuth, the big lunk Moose Molloy just out of jail in search of his Velma, the faithless, fatal club singer turned society dame and whole brilliant cast of seedy drug peddling doctors and alcoholic widows and wealthy husbands in glorious ‘forties Los Angeles.  What more could a crime novelist want? 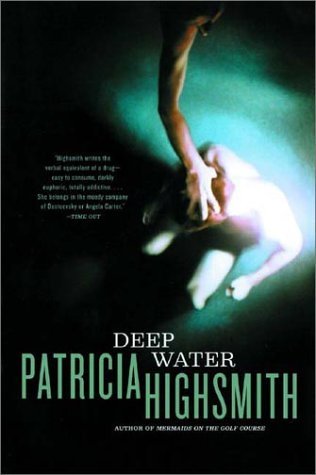 A deep dark story of psychological compulsion and of a mesmerisingly toxic relationship, two people tied together out of perverse need.  Highsmith has an extraordinary ability to identify the dark spots in humanity and to bind the reader unwillingly to them, to recognise our worst impulses. Madame Bovary, c’est moi, said Flaubert and he also meant, c’est nous.  It is a grim tale of self-delusion and the dangerous power of fantasy: Emma Bovary is a vain, greedy, selfish adulterous woman who dreams and dreams and dreams.   He convinces us at the same time that we are lost if we surrender to fantasy and that fantasy is what makes us vivid, longing, brilliant imaginative creatures.  He is also (as Tolstoy) a ravishingly descriptive writer.

It took me until I was middle-aged to read this – and it made middle-age seem the best time of our lives, because only after a bit of a life can we grasp the scope and point and staggering brilliance of a book (it isn’t even quite a novel, but something more enormous and extraordinary) that earlier might have seemed only mystifying and alien.  It is, more or less, about humanity, in all its wrongheaded glory.  Therefore: about love and shyness and battle and betrayal and death and just keeping on going, searching for what it is that makes a life mean something in an unpredictable and chaotic and unequal world.  Each reader will have their own definition of what War and Peace is about, as it is so capacious and contains so many messages: for each character, there is a truth about life, which is why Tolstoy is a genius.  And there are a lot of characters.

Her heroine Lily Bart is an impoverished but well-born young woman trying to make her way in New York society in the early twentieth century.  She is such a terrific character – funny, sharp-witted, impulsive, romantic – and the social milieu is rivetingly cutthroat that one is on the edge of one’s seat the whole way through, willing her to triumph.  Also the setting is fascinating, the great houses and merciless dowagers and society parties, it gives a wonderful sense of New York as it was when it was all laid down in one swathe by millionaires and self-made men. This had a great impact on me as a writer myself because in it she binds a great thriller plot to something wide-ranging, deeply atmospheric, psychologically fascinating.  The dynamic between a group of highly-strung young intellectuals and the gothic setting in which they find themselves is completely unbeatable.

Can you ever truly know the one you love?

From the author of The Crooked House comes another stunning psychological thriller about family, secrets and the lies we tell ourselves. For fans of Gillian Flynn and SJ Watson, The Loving Husband draws readers into a marriage where nothing is as it seems.

One February night, when Fran Hall is woken by her baby, she finds the bed empty beside her and her husband Nathan gone. Searching the house for him she makes a devastating discovery. Fran and her two small children become more isolated as she starts to doubt whether or not she really knew Nathan. Was he really the loving husband that Fran had trusted him to be?

CHRISTOBEL KENT was born in London and educated at Cambridge. She has lived variously in Essex, London and Italy. Her childhood included several years spent on a Thames sailing barge in Maldon, Essex with her father, stepmother, three siblings and four step-siblings. She now lives in both Cambridge and Florence with her husband and five children.